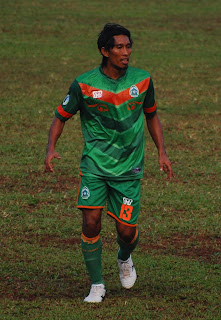 Yesterday, newly promoted Persik announced a change to their coaching set-up with incumbent Joko Susilo becoming Technical Director local legend Budi Sudarsono stepping up from assistant to run the show.
The two-time champions have had a hard time of it in recent years, essentially falling off the football map into the unchartered depths of Liga 3 but back to back promotions, winning the Liga 3 and Liga 2 titles along the way, have see the Macan Putih back at the top table.
Typically, in England if a top player becomes a coach at a top club 'just like that' there is much wailing and gnarling of teeth at the perceived injustice. What about those who work their way up from the bottom, they cry.
Indonesian football is far more egalitarian than England with its hierarchies and cult of personality. Coaches don't feel they have some kind of right to demand the top jobs, they take what is available. Hence, you find Kas Hartadi, who led Sriwijaya to the ISL in 2011/12, not being able to walk into jobs at the likes of Persib or Arema but drifting between clubs like Persikabo, Persik and Kalteng Putra before returning to Palembang.
But Budi is no Johnny Come Lately. He has worked as an assistant at Kalteng Putra and Persik for the last three seasons.
As a player, Budi was a Persik legend. He shone in the 2006 title winning campaign alongside Cristian Gonzales, Danilo Fernando and Ronald Fagundez and went on to make quite an impression in the subsequent AFC Champions League campaign.
Pace merchants are 10 a rupiah in Indonesia and many players have gone on to make a career for themselves purely on their whippet-like speed. Budi, nicknamed the Python, was different. He combined speed with intelligence and technical ability and an eye for goal as can be witnessed in the video below. He was the type of player who had fans on the edge of their seats.
Let's see if he will have a similar impact in the dugout for his beloved Persik!
# posted by Me @ 11:52 AM