The Decline And Fall Of Papuan Club Football 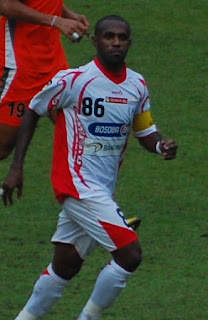 The names roll off your tongue; Boas Solossa (left). Patrich Wanggai. Titus Bonai. Elie Aiboy. Yatno Basna. It was like there was a conveyor belt of Papuan footballing talent that seemed to go on for ever and the team that represented the hopes and aspirations most, Persipura, for several years the most dominant force in the domestic scene.

Nicknamed the Black Pearls, Persipura were for a few years a colossus of the Indonesian game. Champions in 2005, 2009, 2011, 2013, runners up in 2010, 2012, 2014 and champions of the unofficial Soccer Championship in 2016 (when FIFA and the government suspended the league) their domestic success made them a regular feature in Asian club competitions where for one reason or another they failed to replicate their homeland triumphs.

But since the ISC success Persipura have been a shadow of their glorious recent past. When the league returned in 2017 the Black Pearls could only finish 6th, their lowest ranking since 2004. And last season they plunged new depths, struggling to find any kind of form and ended up in 12th.

Since Brazilian coach Jacksen F Thiago, who was the architect of much of their success, left in 2014 Persipura have struggled to find any consistency and the coaching hot seat has become very hot indeed. A club that was once seen as a model of consistency in football's choppy waters took to hiring and firing coaches with glee; current incumbent Luciano Leandro is the eighth to try his luck since JFT left.

The demise of Persipura only highlights the demise of football in Papua. The talent is still there, witness the performances of Marinus Wanewar in the recent triumphant AFF Under 22 Champions highlight this. But the demise of a number of Papuan based clubs in recent years suggests all is not well in the far east.

As recently as the 2012 season there were four Papuan based teams in the top flight; Persipura, Persidafonso, Persiwa and Persiram. In more recent years Perseru have pitted their wits against the big boys while Persiwar saw themselves promoted to Liga 2 last season.

Persiwa were once all but unbeatable on their own backyard going back a few years but more recently the funding has dried up and last season, after being forced to play some home games in Java, they finished bottom of Liga 2. Their halcyon days in the AFC Cup remain but a memory and now the Highwaymen remain just another club that briefly soared for a while but soon whithered and died. 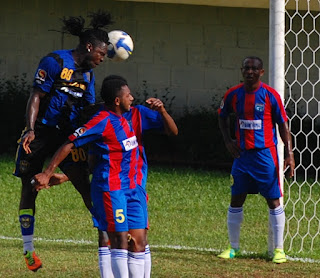 At least the name Persiwa still exists. Persiram are no more. Back in 2012 they played some home games in South Jakarta (pictured left in a Papuan derby against Persidafonso at Lebak Bulus Stadium) as they struggled to find a purpose beyond being a flag waver for the beautiful region of Raja Ampat. In the wake of the FIFA suspension they were gobbled up by the military football association, known as PS TNI, and now play their home games in Cibinong under the name TIRA Persikabo.

Perseru are the next to follow in the footsteps of Persiram. They have punched above their weight in Liga 1 ever since they were promoted at the end of the 2013 season and only just escaped relegation at the end of last season. They recently announced they would not be continuing as a professional football club with the licence now being taken over by a Lampung outfit. The new name of the club has yet to be revealed.

The demise of so many clubs in recent years follows a pattern nationwide as football has been forced to look elsewhere for funding with local governments and tobacco funding closed off by legislation. Papuan clubs have been harder hit that most; Away days can take up to 24 hours in one direction meaning an extra cost both financially and to the players' fitness. Persipura have been lucky as they have been able to call on sponsorship from local mining giant Freeport but the other clubs have lacked such generous donors leaving their annual budgets smaller than their rivals.

As things stand we will have just Persipura in Liga 1 and Persewar, population 30,000 in Liga 2 metaphorically flying the Papuan flag in professional football.

Next year, Papua will host the National Games and to celebrate this event a new 45,000 stadium is being constructed. Papua Bangkit Stadium will be an impressive venue and could well become a new venue for Persipura but for now club football is in the doldrums and there seems to be little hope any team will be able to tap into the rich talent on the islands and recapture the Back Pearls' glory days. For now, the departure just seems to be another kick in the teeth for football.