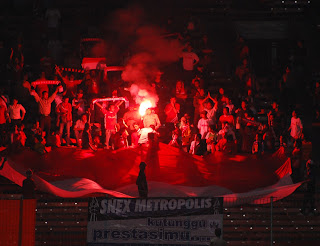 Football clubs have been planning for the 2018 Liga 1 season since December, paying salaries, signing players, booking hotels, playing for flights, yet we are still none the wiser of the format of the new season. When will it start? Who are the sponsors? Will Piala Indonesia return? Mystery surrounds all  these questions and more.

The season was due to start 24th February. That was moved to 3rd March. The latest we have is 10th March. We're in the second half of the second month of the year and we are still none the wiser. It's not as if 2018 isn't going to be a busy year. Jakarta, West Java and Palembang are hosting the Asian Games; we have the AFF Suzuki Cup at the end of the year. Nine months to squeeze in 34 rounds of league games, if we have 18 teams in Liga 1, a national cup competition, international friendlies and of course full on internationals? It's a mammoth ask for any organiser.

Even if we have a fixture list released are we sure where teams will play their home games? Persija's Bung Karno Stadium and Sriwijaya's Jakabaring Stadium may not be available for some games as they are needed for the Asian Games. Interestingly Persib can use their GBLA Stadium while other venues in West Java, like Soreang, Cibinong, Bekasi and Cikarang are prepared for the international events.

And what of newly promoted PSMS? Their stadium is undergoing renovations, where will they call home? Some stories suggest Banda Aceh, others Pekanbaru; neither a short bus ride away from their core support in Medan. Persija have been linked with Singaperbangsa Stadium in Karawang. Bhayangkara with PTIK Stadium, more a field with a stand, in Jakarta while PS TNI have renamed themselves PS Tira and moved to Bantul for the season and another newly promoted side, PSIS, have been linked with playing their home games in Sleman or Magelang while Jatidiri gets renovated.

This kind of nonsense of course happens every year, it's just no one seems to be prepared for it.

Instead of being excited about a thrilling new season where we welcome back three of football's great names, PSMS, Persebaya and PSIS, we are left asking questions about the PSSI and the administration of football in the country. Is it true neither Bhayangkara nor Persebaya (Liga 1 and Liga 2 champions respectively) have received their prize money for last season? Is that not embarrassing?

Instead of celebrating the fact so many promising young players are being appreciated overseas and have been offered contracts in Malaysia and Thailand we have a PSSI leadership damning them with feint praise and casting doubts on their patriotic fervour. A PSSI by the way that is now, according to some reports, based in a private house in South Jakarta and whose leader, quick to condemn others for lacking their nationalistic credentials, will be taking a sabbatical from his duties to stand for election in North Sumatra.

Against this backdrop of institutional malaise the clubs are pretty much being left to fend for themselves, hence the number of pre season tournaments which offer the prospect of some cash flow and the chance of winning trophies. Bali United and Persija will meet in the President Cup Final this weekend in Jakarta in front of over 60,000 and such is their determination to succeed they effectively sacrificed their opening group stage games in the AFC Cup to protect key players ahead of the game.

And once the President Cup ends the focus will switch to the island of Kalimantan which will play host to the East Kalimantan Governor's Cup and the Battle of Borneo. It was to accommodate the former the Liga 1 was put back a week. yep, pre season tournaments taking precedence over the domestic season and international competitions.

The slap dash approach to regulations that confused so  many last season shows no sign of disappearing. How many clubs can an individual be involved with? In many countries the answer is clear, in Indonesia less so. And now, just to show how innovative the country can be with football we are seeing the rise of coaches as franchises with one gentleman, involved with at least two clubs, possibly a third, as well as overseeing the selection process of another. In between all these jobs he is also involved with the national Under 19 team.

Outsiders like to gush over the potential of Indonesian football. We see it every time someone comes over to visit for two or three days on carefully stage managed tours where they are greeted by warm smiles and friendly faces. The latest was Michael Owen who visited a well known soccer school in Jakarta and told the young lads he hoped one of them could follow in his footsteps in a career that has seen him play for Liverpool, Real Madrid and Newcastle United. So excited is he by what he saw he is looking to give his name to a new football academy. He would do well to learn the lessons of Arsenal and Liverpool who similarly have been seduced by the passion they witnessed only to fail when it came to matching that passion with cold hard cash.

The potential is there, of course it is and slowly clubs outside Indonesia are recognising it. We are currently blessed with some top coaches, Simon McMenemy (Bhayangkara), Robert Alberts (PSM), Widodo Cahyono Putro (Bali United), some forward thinking clubs (Borneo, Bali United, Madura United) and of course some exciting young players like Andritany Ardihasa (Persija) and Febri Haryardi (Persib). Indonesia boasts the best terrace culture in South East Asia and whatever else happens in 2018 once the season kicks off Persebaya are likely to have the largest attendances not just in ASEAN but throughout Asia. Unlike Malaysia and Thailand, every season four or five teams are serious title challengers. There is a Liga 2 which has teams attracting more fans than the biggest and best across the region.

But what do all these pluses mean when those charged with running the game can't do something as basic as prepare for a season? What's the point of buying the body of an Aston Martin but installing the engine of a Vespa?