I was excited about my first game in the United Arab Emirates. An excitement had you asked me 10 years ago I would not have recognised.

But things have changed and here I was in Dubai and alighting at Oud Metha station on my way to the Al Maktoum Stadium. Hosts Al Nasr were taking on Arabian Gulf Champions Al Ain in the President's Cup, an important trophy that was for some reason being played post season.

There were a couple of other games on in town on the same evening, my gut feeling suggested catching Al Ahli take on Dubai in another part of town but I couldn't pass the opportunity to catch Omar Abdulrahman in the flesh. I never saw George Best in his heyday, I had at least to catch this lad.

The walk from the metro station was an eye opener. I was going against a flow of the religious who had just finished attending a service at a catholic church while a right turn saw me battle my way through members of the India Club parking their cars.

There were already a few Al Ain fans milling around the stadium as I went to buy my ticket. 50 dhirams, about a tenner for a seat in the main stand.

I tried to pop in the club shop but wasn't allowed...could only order through the open window and ended up buying a scarf which I will probably never wear!

More bad news...as I entered the stadium I was told by the security officials my Nikon D40 was considered a professional camera and could I please leave it in my car! Car? Anyway that explains the grainy images courtesy of my tab.


By the time the game kicked off the crowd inside was perhaps a couple of thousand but they were making a bit of a din with the travelling support making themselves heard. 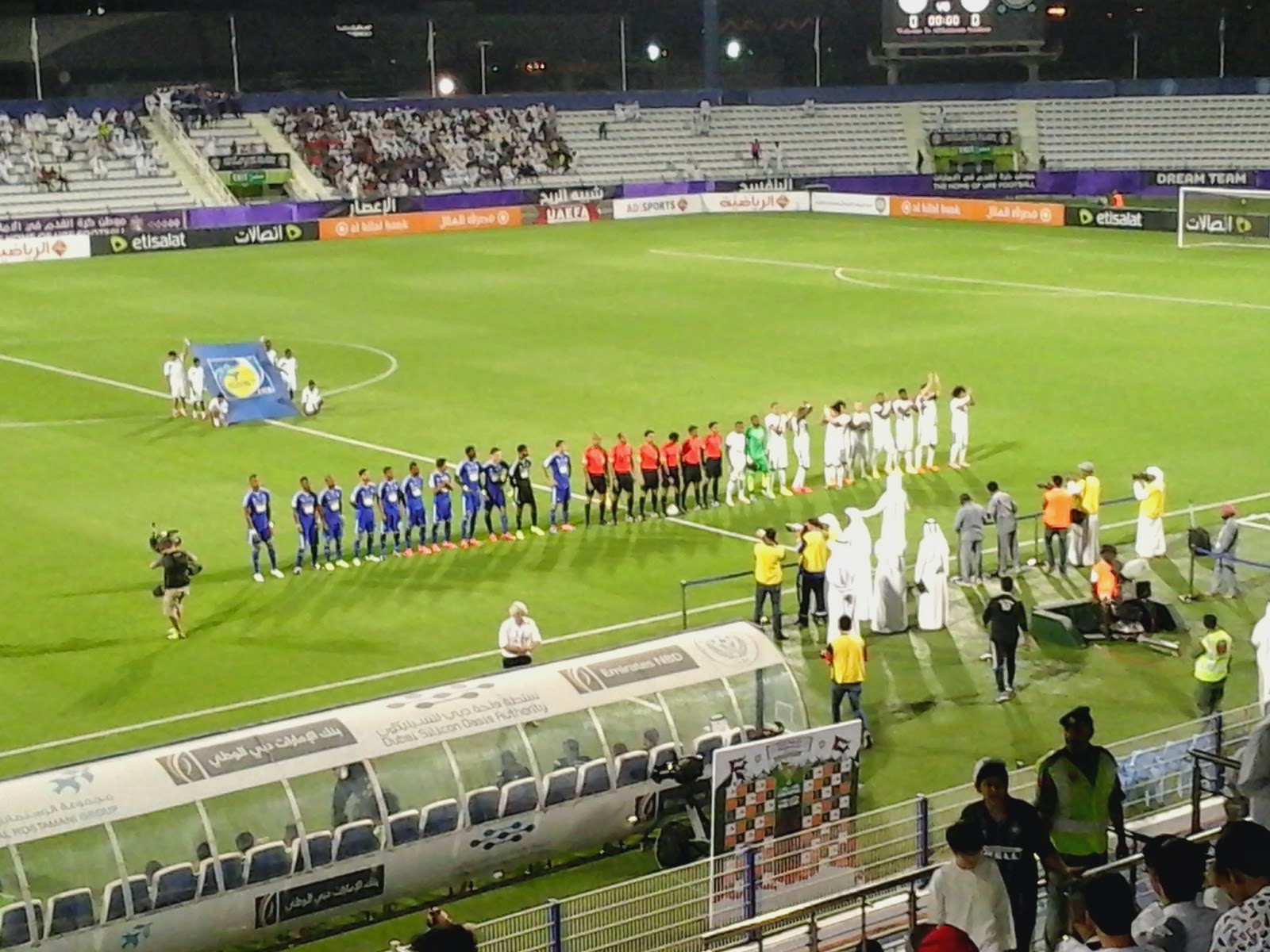 To be fair the game was no classic. Al Ain were coming off the back of a long season and were in the midst of an AFC Champions League tie with another UAE side Al Ahli. Still, they fielded most of their big names including the mighty Omar but despite some delightful moments of skill from the 23 year old it was the hosts who won the game, Toure netting from a tight angle right at the death.

It was perhaps poetic justice for the striker had taken some flack from the home support having missed a couple of opportunities early on so he savoured the applause.

One thing about the Arabian Gulf League...there is plenty of information out there about it. There is a professional looking website and some of the clubs have English language websites. There is also excellent coverage from a couple of local newspapers including The National.

Unfortunately the season is all but over, not just in the UAE but throughout the region; it gets bloody hot doncha know so I guess the next games I catch will be in August when the seasons start but I am already looking forward to catching the odd game in the UAE. Anyways, Dubai and Abu Dhabi both offer football and beer...what more can a man want?

Comments:
Great Share! Even you can check out Football Clubs in Dubai and get amazing deals. Great facility and professional trainers, all at one place.