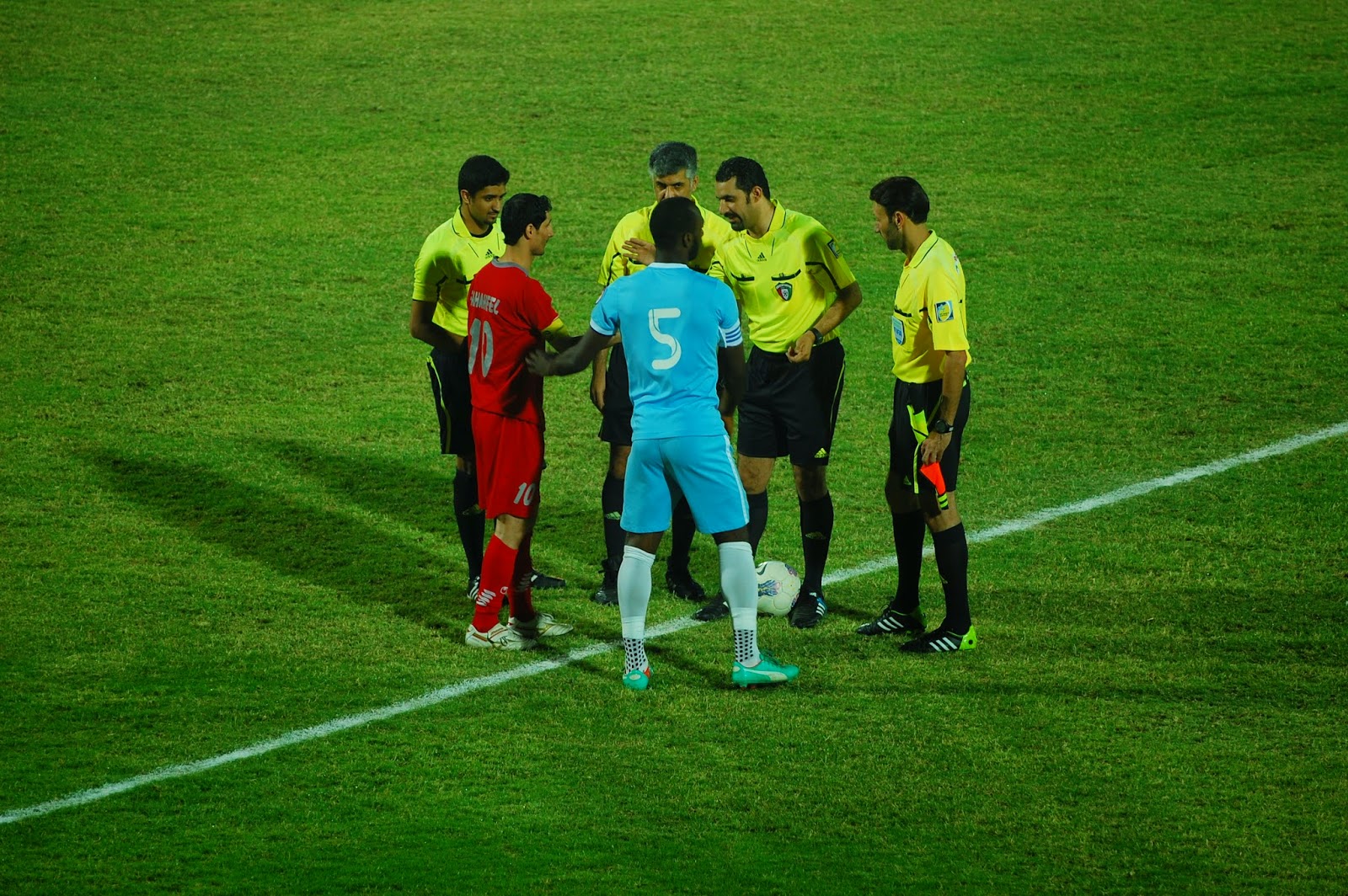 So yesterday I attended my second game in the Kuwait Premier League. Al Salmiya (pictured sky blue)  hosted Al Falaheel in a game played out in front of perhaps 70 fans!

Al Fahaheel haven't had the best of seasons and find themselves third from bottom ahead of this game while Al Salmiyah have the equal best attack in the league. The first 45 minutes you would have been hard pushed to tell which was which; Al Salmiyah had the quality but there was a determination about the visitors that kept them in the game.

Second half was a different story as Al Salmiyah hit five without reply and it could have been many more.

We shouldn't have been surprised I guess. Al Fahaheel in recent weeks have lost heavily against Al Kuwait (8-0), Al Arabi (5-0) and Kazma (4-1). They have conceded 66 goals in their 25 games, scoring 23. Their last win came against Al Tadhamon when they won 5-1!

If you think Al Fahaheel sound bad then have a look at Al Tadhamon. They have two wins all season with the last one being in December! Since then they have gone 13 straight defeats!

They have conceded 80 goals in their 25 games and yesterday they lost 6-1 against Al Sahel. And that was Al Sahel's first win since the end of November!

While Al Kuwait and Al Qadsia battle it out in the AFC Cup and while Al Arabi appear to be in cruise control in the race for the Kuwait Premier League the likes of Al Tadhamon, Al Sahel and Al Fahaheel seem to be miles away in terms of quality. And I am not sure if there is relegation or not!

Al Arabi have two games left to play with the last one at home ... to Al Tadhamon!