A Woman's Place Is Doing The Laundry. Not. 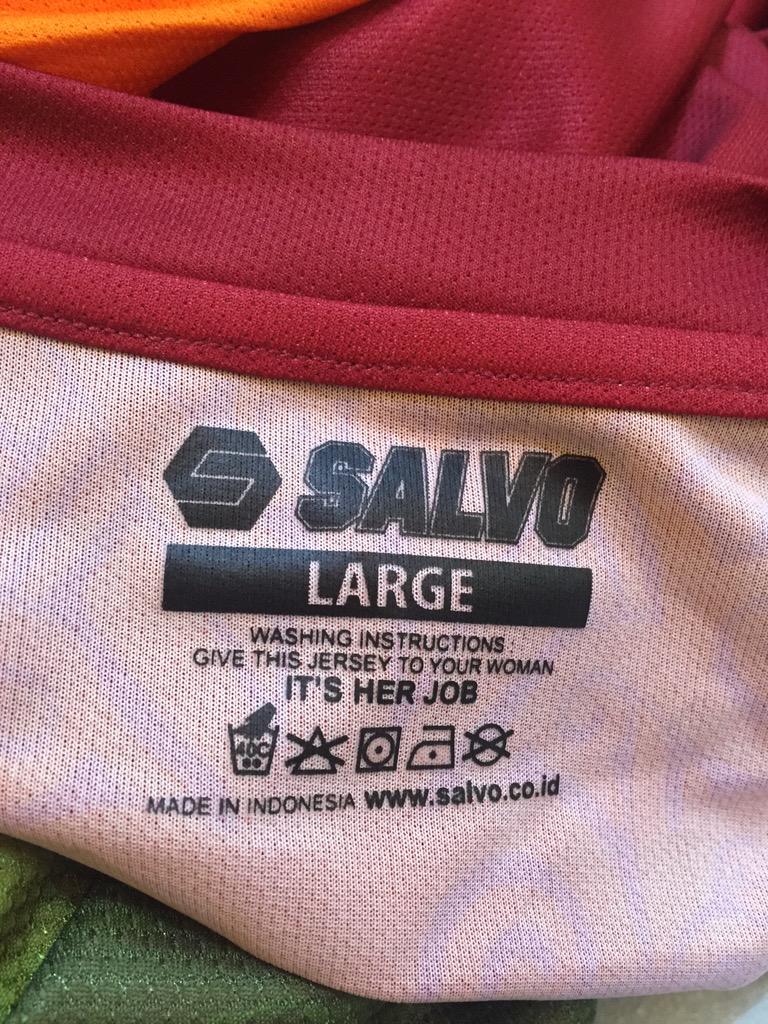 Indonesian football clubs are starting to realise there is money to be had from replica shirts and while the designs may often be not all that special in some cases they are getting better. And rather than just get foreign kit manufacturers to regurgitate their copy n paste designs many clubs are opting for local companies to design their kit.

There is one issue at least with the increase of local kit supplier. The keys words being local and supplier. You will find Seman Padang and PSM fans all over Indonesia but no local retailers will be able to sell their replica shirts.

Then there is another issue and one that could well offend half the population. Pictured is the inside of a shirt made by a local company for newly promoted Indonesia Super League side Pusamania Borneo. And the washing instructions?

Following a number of complaints on social media, the manufacturers have since issued an apology saying it wasn't their intention to cause offence, they feel they were only suggesting women are more expert when it comes to doing the laundry.

When you consider the stories recently of the Chelsea physio, a woman, getting abuse because of her gender, you can see that sexism continues to blight the game.

A few years back I was watching a game. A woman physio came on the pitch and you should have heard the wolf whistles and the cat calls from the people in the stadium. By the way the only people in the stadium were security officials, guys in uniform. The grunting disgusted me and I am not the most PC person in the world. And when that comes from the folks charged with maintaining law and order you realise what a long way there remains down this particular road.