It was football but perhaps not as we know it.

The game started and it was scrappy but without the puppy power Scooby's nephew brought to the table.

If it was Persiram's intention to play pantomime villain then they played their role to the maximum, going to ground way too easily; it was embarrassing watching these big, hulky men throw themselves to the floor, roll around a bit then gingerly get back on their feet and carry on playing. Professional footballers, my arse. Fair play? Not a bit of it.

They may have had some grievances about poor decisions from the ref but any moral ground had been lost when the game was still in its infancy. Frustrations were building in their camp, both on the pitch and the touchlines and it was obviously in the first half things would kick off.

First half and there was a tussle on the far side of the field. Two players going for the ball, the fans there didn't like the way the Persiram player was getting stuck in, like I said the benefit of the doubt had gone from their earlier actions, and over came the plastic water bottles. The police and security officials responded quickly and piled on to the terrace while kids had it away on their toes.

On the touchline, the visitors' bench had lost any semblance of control and security officials piled in, were pushed away and piled in again. Honestly, it was more fun off the pitch than on it. 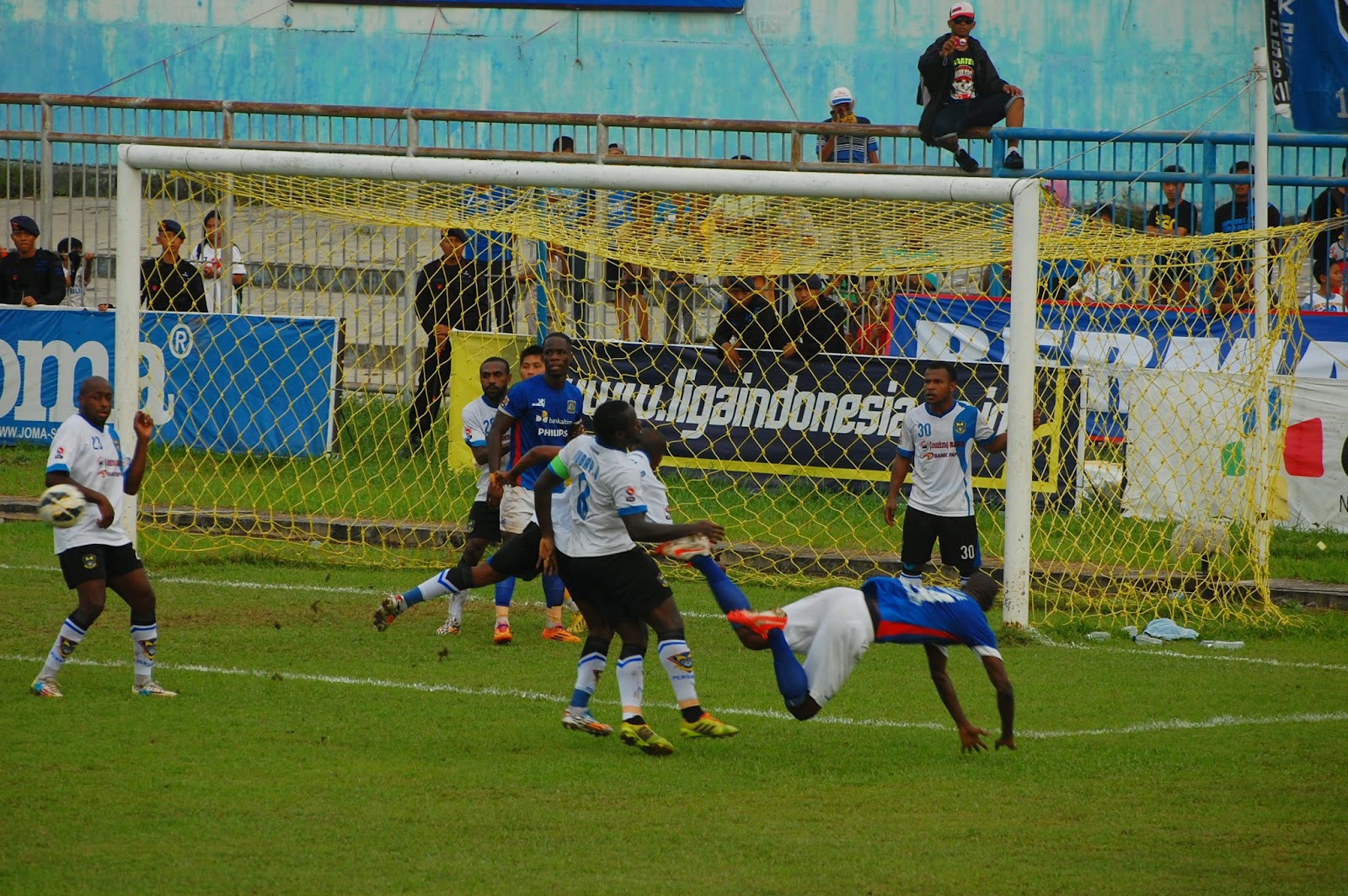 Two late goals by Patrice Nzekou secured the points for the home team, and fulfilled one tweep's prophecy, though the third came from a free kick incorrectly given by the linesman on the far side.

The ref blew the final whistle once he was handily placed to the tunnel...the sound had barely emitted
from his lips and he was away, chased by the unhappy Persiram players while security tried to keep the warring parties apart.

Meanwhile things were kicking off further down the sideline with Persiram officials making their frustrations clear. Odd but their players rolling around and going to ground had been long forgotten, they felt aggrieved and more pushing and shoving ensued.

The fans were hurling plastic water bottles and abuse while at least drink in a cardboard package was lobbed from the pitch...it exploded just in front of me, and that only riled the home support even more. Meanwhile, behind the goal the Persiba fans set off some flares and carried on singing and dancing to celebrate their win. As the smoke made its way slowly across the pitch I decided to head back to the hotel.

It was all very surreal and all very Indonesian!

Some more images can be seen on Asian Football Pictures.