Was at the recent ASEAN Football Federation Championship tie between Singapore and Thailand and obviously it was my first visit to the new stadium.

Not impressed. It just seems to be the latest stadium from a kit with standard fare features including the now obligatory wavy roof, 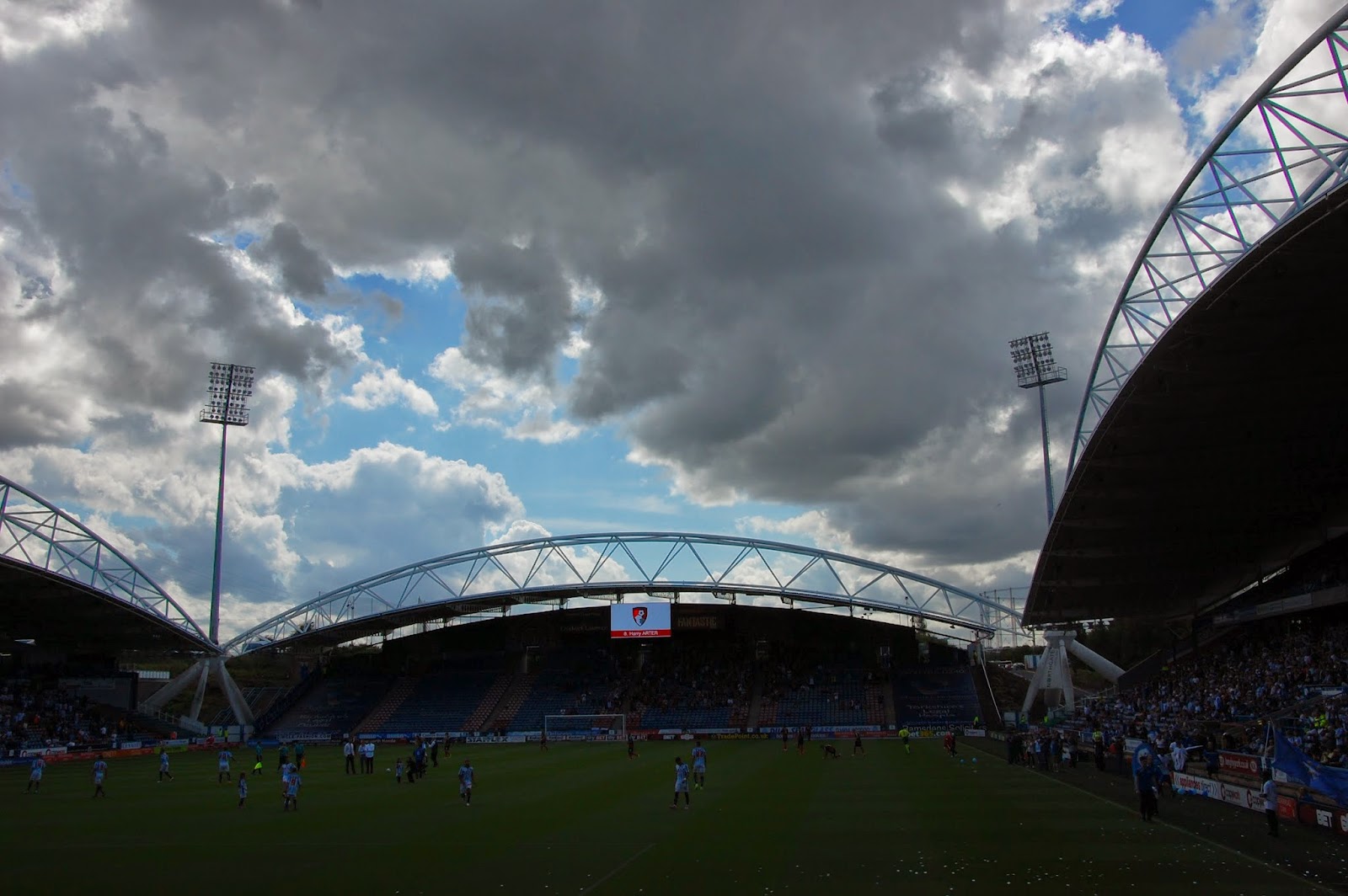 As an aside, and to prove what a whiny git I can be, I was at Huddersfield Town, right, back in August...and how disappointing that ground is. I loved the old Leeds Road but this new thing, with wavy roof, seemed so artificial. Yes, there were good views from the seats but it didn't have the atmosphere of Leeds Road.

Back to Singapore...do all stadium designers go to the same school? Classic stadiums of yore developed organically, not the wet dream of some spotty graduate given a large budget to play with looking to include all the bells and whistles that float his boat. This scatter gun approach is what gave grounds a uniqueness and style all of their own. Now, we get architects, management companies, clubs, consultants and uncle Tom Cobley and all telling us how wonderful their new stadium is. Note that, we are told it is wonderful as if we are not allowed our own opinions. Repeat the message often enough and folks will end up believing it; its a tried and trusted methodology practised around the world and in countries the west deems its enemies it is called propaganda. Or spin. Or hype.

Anyway, take a gander, so about all the geese references, at the stadium in Singapore and check out the coloured seats. Apparantly business school speak says the white seats placed randomly around the stadium are specially placed to give the impression the stadium is fuller than it really is. What a crock of crap...people get paid to come out with this nonsense and the sad thing is people actually believe it.

Still, it is Singapore and could well be the new home of the intimidating Kallang Roar, the noise not the website. I say noise, 'We Want Goal' was about all they came up with against the Thais despite the best efforts of an MC who tried to get some singing going. Serious!

The Mexican Waves got started early on and everyone got excited and took selfies.

Yeah there was a good view and all that but perhaps if they spent less time on imbibing business school speak and more time checking out other stadiums around the world they may have come up with something that looks a bit interesting.

Oh yeah, all that money spent but they couldn't get an accurate crowd figure? 32,000...in their dreams!