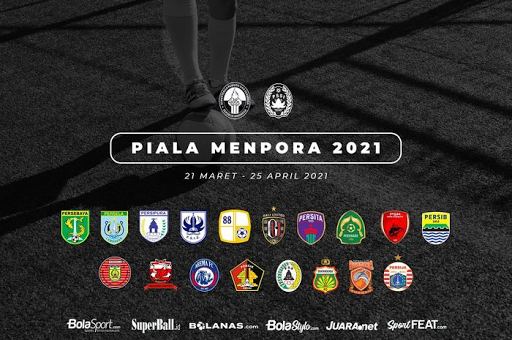 After an absent of 12 months Indonesian football returns tomorrow with the  pre-season Piala Menpora.

There have been that many competitions like this over the years I won't bore you with them all, suffice to say the last time one was held under this name was 2013 when eight teams entered including Central Coast Mariners, Loyola Meralco Sparks (Philippines) and Malaysia U23. Hosts Arema won beating CCM in the final thanks to two penalties from Keith Kayamba Gumbs and they kick off the tournament this year against Persikabo 1973 at the newly renovated Manahan Stadium.

The draw was 'fixed' so the Big 4 of Arema, Persebaya, Persib and Persija were kept apart just in case any rival fans saw an excuse for having a pre-season, non socially distanced tear-up for old times sake. All games are to be played behind closed doors but that hasn't been a problem in the past!

One notable absence from the draw is Persipura. They took offence to something from the organisers so withdrew apparently!

Not sure if the games will be streamed for overseas or not. Keep an eye on my Twitter account for updates! 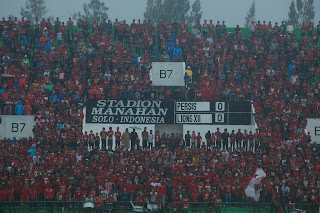 It must be so frustrating being a Persis fan. On the one hand they have been starved of success as decades of mismanagement has see the team firmly ensconced in the nether regions of the football pyramid while their city plays hosts to full internationals as well as nomadic clubs who find the facilities of this central Java city to be perfect for a professional football club.

The news that Bhayangkara, 2017 Liga 1 champions, will be calling the Manahan Stadium home and tweaking their name (Bhayangkara Solo) to show their attachment to their new host won't have surprised the football daft for they are just the latest in a long line to try and call Solo. Arseto, Persijatim, Solo Ksatria and Pelita Jaya are just two of the teams to have flirted with the Solo faithful before moving to pastures new or just simply folding. And, lest we forget, the Pasoepati originally identified themselves with Pelita Jaya.

So when a leading official from the Pasoepati came out and with due solemnity it was fine for members to support the new kid on the block I just shrugged my shoulders. I've long since given up trying to filter Indonesian football through an English filter; it's a waste of time but at the same time I do miss out on some of the WTF moments that takes the game to such dizzying heights! So yeah, fan group says it's ok to support another club. OK. I mean this is Indonesia where two team cities are pretty rare and where they do exist, Tangerang for example, the rivalry can be deadly but I just assumed people had been talking behind the scenes and come to an arrangement so the new club would not have the embarrassment of playing in front of empty terraces.

The thing is Persis have been in the news a bit recently with suggestions a relative of the nation's president being linked with buying the club. Were this to happen it could certainly propel the famous old club to a totally different level. But if it were to happen where would it leave Bhayangkara Solo who have of course their own influential backers?

Persis are one of the oldest clubs in the country but the last few years have seen them overtaken on the national stage by younger upstarts like Arema and PSS and more recently of course Bhayangkara. For me, as a football traditionalist, seeing Persis back in the top flight, well funded and of course well supported would be a thing of beauty and would add shine to Liga 1. Whether that happens or not remains to be seen.

But given how often Solo has laid out the welcome mat for other clubs it would be nice, for once, for the city to take pride in its own club and focus on revitalising a wonderful old football club.

Impatient Sri Pahang Shunt Dooley To One Side 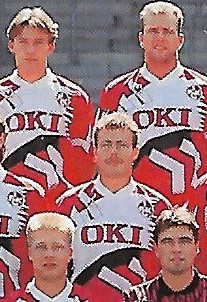 A new era is supposed to be dawning on Malaysian football, an era of professionalism from top to the bottom of the structure. No more state run associations packed with jobsworth mates of provincial petty potentates but football clubs run by people with know-how and expertise.

Maybe. Or in the case of Pahang on the east coast of the peninsula maybe not. The Tok Gajah have come closer than anyone to upsetting the JDT behemoth but have always come up short.

Aiming to improve on a disappointing 2020 season when they finished 8th, Pahang changed their name to Sri Pahang and appointed American Thomas Dooley as coach. Dooley, who I first came across when he played for 1FC Kaiserslautern in 1992/93, is no stranger to the region having coached the Philippines national team (2014-2018) and no doubt expectations were high on the east coast he had a squad ready to challenge for honours.

One player added to the squad was Lee Tuck who was so influential with Terengganu in the 2020 season as they finished third and get to compete in the AFC Cup this season.

Unfortunately the season has started as well as the management were hoping. They lost their opening game 3-1 away to Selangor and things didn't improve in their first home game, losing 2-0 against Kedah and that's when the mumbling started. The club are saying nothing, their official website is worse than useless, but on Saturday Dooley wasn't in the dug out. Instead it was veteran Dollah Salleh and it has been hinted he would remain in charge for the next couple of games as well.

Dooley himself hasn't said much beyond expressing disappointment at the decision to 'rest' him. Speaking to the Star he said “I cannot divulge much information. I totally disagree about this situation but I need to respect it. I have a different view compared to others. Right now, I can’t be involved with the team''.

Today Sri Pahang host Sabah, another winless side, and club management will be hoping Dollah, who has coached the team on two  previous occasions, will be able to inspire an immediate return to form in Kuantan.

But for Sri Pahang to challenge consistently the old thinking needs to be ditched. Kuantan wasn't built in a day and a football team isn't built after two games. If the coach was good enough to be appointed then surely he is good enough to be given time? Pressing the panic button after two games and saying nothing officially are not the hallmarks of a professional football club.