No More Pyro, No More Party?

Since last season football authorities have been clamping down hard on flares inside stadiums, handing out hefty fines to clubs whose fans misbehave and set them off inside the stadium. Flares have long been a part of the terrace culture here and add to the the colour and the atmosphere but could those days be coming to an end? 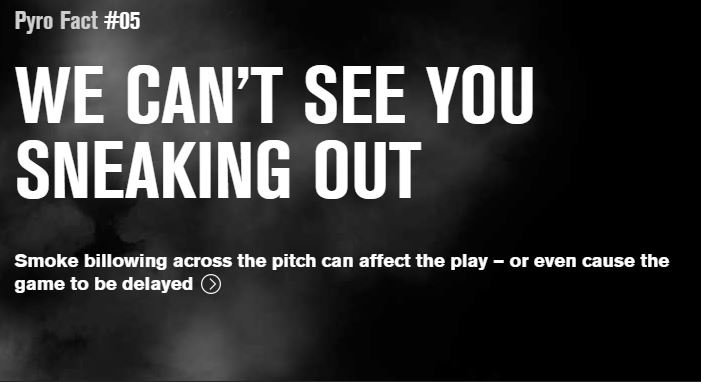 
posters that highlight the evils of flares and the damage they can do to fans and players alike. But then England is the ultimate nanny state, a nation of snowflakes who are warned in advance should a news report feature flash photography!

Now though it seems the message is getting through to Indonesian fans and in the absence of any serious security they are taking to policing themselves as a couple of recent incidents highlight.

Towards the end of the Persela v Persija game at Surajaya Stadium a flare was let off on the home terrace. Supporters moved quickly to extinguish the smoke and, umm, point out the gentleman they feel was the offender.

In Surabaya 24 hours later a flare was thrown on to the pitch from the East Terrace after Persebaya took the lead and the game was held up for a few minutes while stewards rushed to douse the smoke. Meanwhile on the terraces other supporters made their feelings known to their fellow fans with a series of less than complimentary chants.

Personally I don't see much wrong with the odd flare or two. I would rather officials got serious about supporters smoking inside the stadium, surely more dangerous than any pyro, but I feel I am in the minority there. That is one kind of smoke that is most definitely permitted inside the stadium.